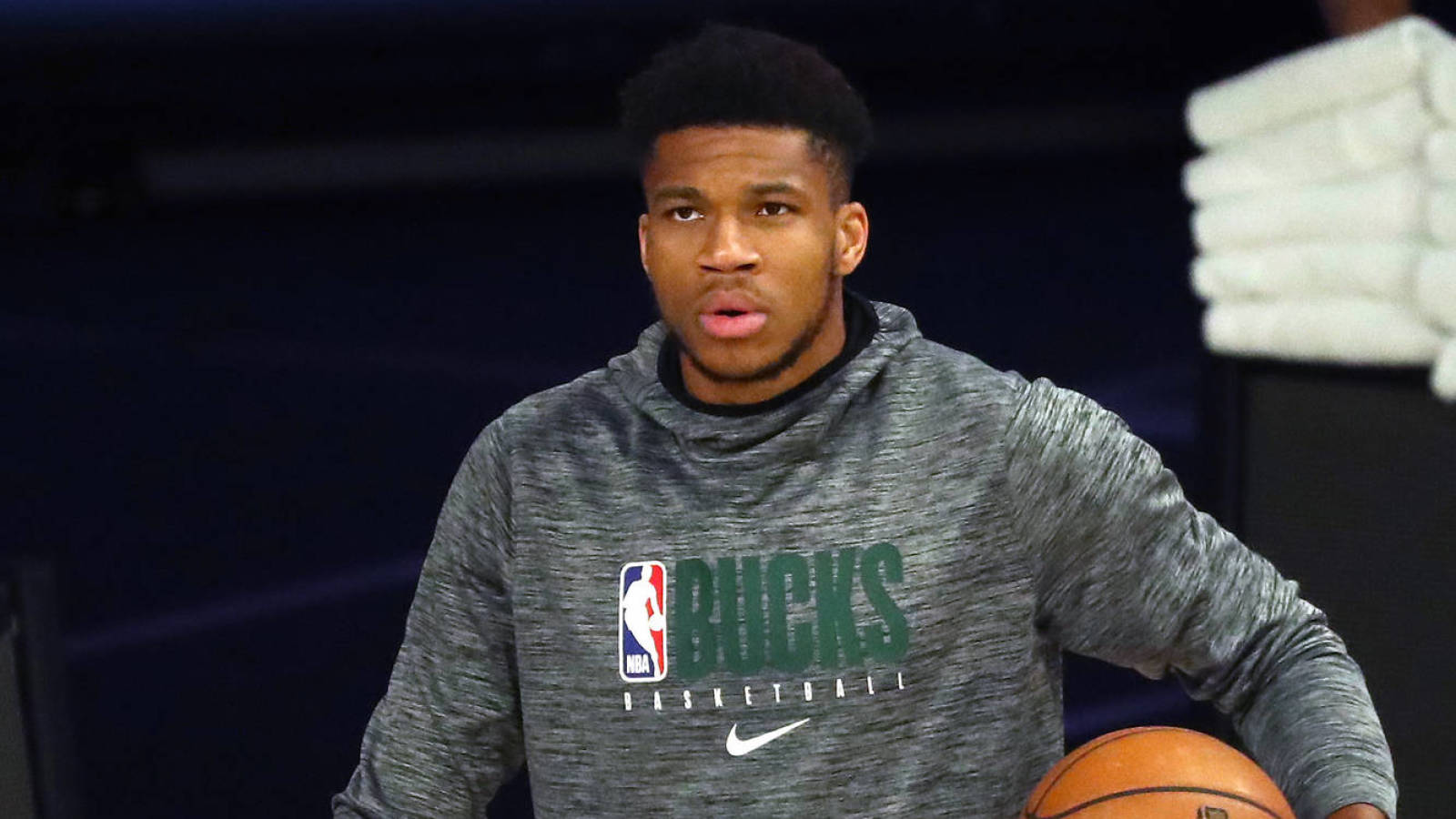 Giannis Antetokounmpo‘s future with the Milwaukee Bucks is uncertain following the team’s disappointing semifinals loss to the Miami Heat at Walt Disney World. However, one NBA legend believes Antetokounmpo won’t leave the organization despite any frustrations he might have.

Hall of Famer Kevin Garnett recently said as a guest on Complex’s Load Management podcast that he believes Antetokounmpo will sign a super-max extension with the Bucks, citing reasons why.

“I don’t see Giannis leaving,” Garnett said, via Jordan Treske of Behind the Buck Pass. “I think Giannis is comfortable with being in a small market. He won’t want those responsibilities of being in a big market. I know social media is going to play a part in that, but he’s a very firm, very stubborn kid. To the point where he can do another three years in Milwaukee and see if it works. I don’t know if that’s the smartest, but he’s bull-headed enough to make a stand and stay with that franchise and go through it until he sees different. I don’t see him leaving.”

Garnett knows a little thing or two about remaining loyal to a club with little playoff success. He spent 12 seasons with the Minnesota Timberwolves before requesting a trade and being dealt to the Boston Celtics, which resulted in an NBA title.

The 44-year-old also acknowledged, though, that the Bucks will need to build around Antetokounmpo to be able to compete in an Eastern Conference that next year will include a healthy Kyrie Irving and Kevin Durant.

Bucks co-owner Marc Lasry told Antetokounmpo earlier this month that the team is willing to spend into the luxury tax to build around him. The two reportedly met for three hours to discuss the 2019-20 campaign and how they can improve for the upcoming season.

A super-max contract with the Bucks could be worth about $220 million, which is around $80 million more than he could get from another team as a free agent after next season.

While Antetokounmpo is committed to the organization, it probably won’t be an easy task to get him signed past 2021. If Milwaukee and the four-time All-Star can’t work out a deal, they’ll have to trade him before next season’s trade deadline or risk losing him for nothing as an unrestricted free agent in 2021.

If the two sides can get an extension completed, though, there are plenty of talented free agents available for the Bucks to choose from this offseason.